“We met them at the base camp at around 12:30 pm on May 26, the day when Haryana climbers claimed to have summitted Mt Everest,” Chhiring Sherpa, a high-altitude climber, said, adding that it was highly unlikely to descend from the summit point to the base camp within a couple of hours.

Talking to this daily, the trio, however claimed that they reached the summit point at around 10:30 am. “We made it to the summit of Mt Everest after finding a fair weather on May 26; four Sherpa climbers guided us to the top of the world,” Kasana, 29, told THT. 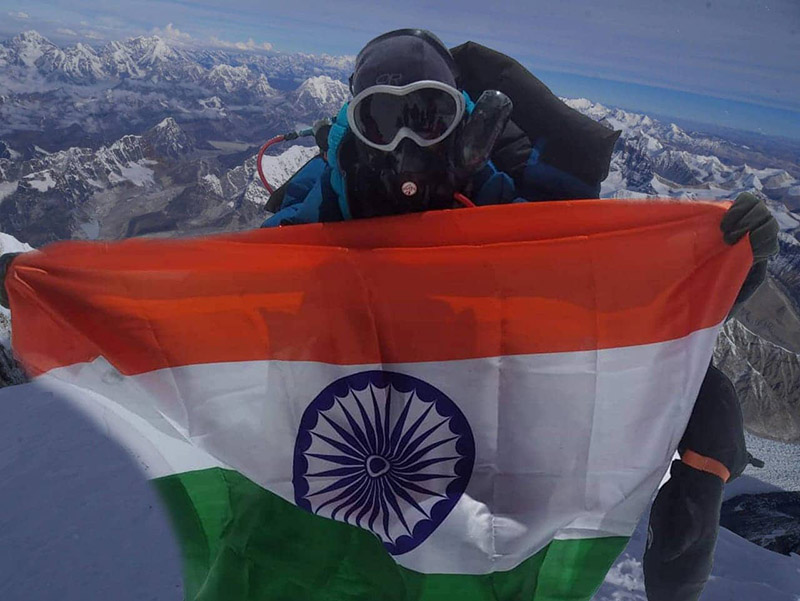 The Department of Tourism was expected to issue our summit certificates in the next two weeks, Banwala, 21, said, adding that they along with four Sherpa guides were the only climbers who made it to the top of Mt Everest on May 26. When asked about the names of Sherpas, who accompanied them to the top, the climbers refused to share. “We don’t know their names,” Banwala said. They also declined to share their summit photos.

Ngima Norbu Sherpa who guided Vikas Rana to Camp III said that he along with other Sherpa climbers descended to the base camp on May 25. “We have no idea about their summit attempt,” he said, adding that the climbing guides decided to descend after Indian climbers couldn’t move above Camp III.

Prestige Adventures took four Indian climbers including Mohini Nehra of Haryana from Makalu Extreme Treks to share their climbing permit, Parajuli said. “Mohini was rescued from Camp II while their team leader Ricardo Dario Birn from Argentina also failed to head towards the summit due to illness,” he added. Megha Parmar was the only member of the Birn-led eight-member expedition who reached the Everest summit on May 22, Parajuli, who is also the president of Expedition Operators Association of Nepal, said.

Oxana Morneava, who runs Makalu Extreme Treks along with her Nepali partner Dorchi Sherpa, said that they had already reached Haryana to celebrate the victory of their clients. “We don’t know the details but the trio claimed that they made it to the top on May 26,” the Russian woman climber, said.

Interestingly, the DoT had already conducted debriefing for the Birn-led expedition, accepting the summit claims made by the Indian climbers. The expedition’s liaison officer Bishwa Bandhu Regmi, who stayed at the Everest base camp for only two days in mid-May, also authenticated the climbers’ claim while submitting his team’s report to DoT. When asked about the status of the climbers of Birn-led expedition, Regmi said he had no idea about the summit details. Base camp officials also confirmed that no summits were made on May 26. 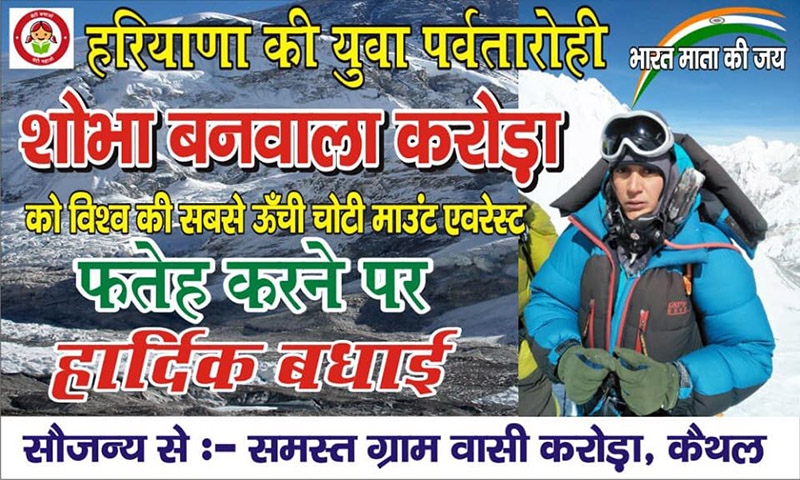 As Birn was evacuated from Camp III, another Indian climber Ratnesh Pandey had been authorised to conduct debriefing on behalf of the team leader, Parajuli said. DoT record shows that Pandey had also approved the climbers’ fake summit claim while submitting his report to DoT.
DoT’s Director Meera Acharya confirmed that the team had already conducted its debriefing to conclude the expedition. “As per the debriefing report, three climbers – Vikas, Shobha and Ankush – had reached the Everest summit on May 26,” she said.

According to her, Megha Parmar had already received her certificate presenting a summit photo to DoT while other climbers have not applied for the certificates till date. Each year, the DoT updates its list of Everest summiteers on the basis of debriefing reports.

Earlier, Indian police constables Dinesh Rathod and his wife, Tarakeshwari, had been sacked from the force for faking Mt Everest climb in 2017. The couple had also been banned from climbing in Nepal for ten years.This season, at least 381 expedition members representing 44 teams had obtained climbing permit to attempt to scale Mt Everest, according to Acharya.
Copied: https://thehimalayantimes.com/nepal/three-indian-climbers-make-fake-everest-summit-claim/