Tihar Festival in Nepal, Dog is the messenger of Yamaraj

The five-day Nepalese Hindu festival of Tihar started this week and the second day is known as Kukur Tihar or "day of the dogs".

Dogs are celebrated and blessed with a Tika - a red mark applied to their forehead. The animals are also given flowers garlands and offered food as part of the festival.

Hindus believe that dog is the messenger of Yamaraj - the God of death - and by keeping the dogs in good humor they will be able to appease Yamaraj himself. 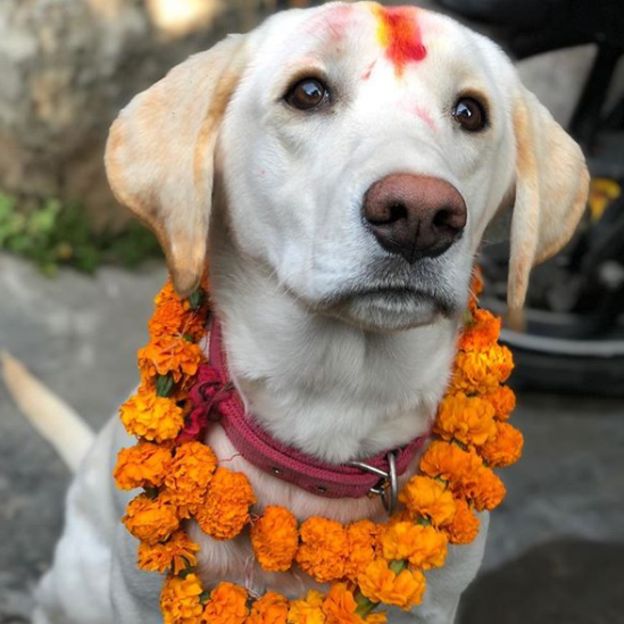 The festival, which shares some traditions with Diwali in India, also celebrates cows and crows.

It is not just beloved pets who are involved in the celebrations. Stray dogs are honored on the day too.